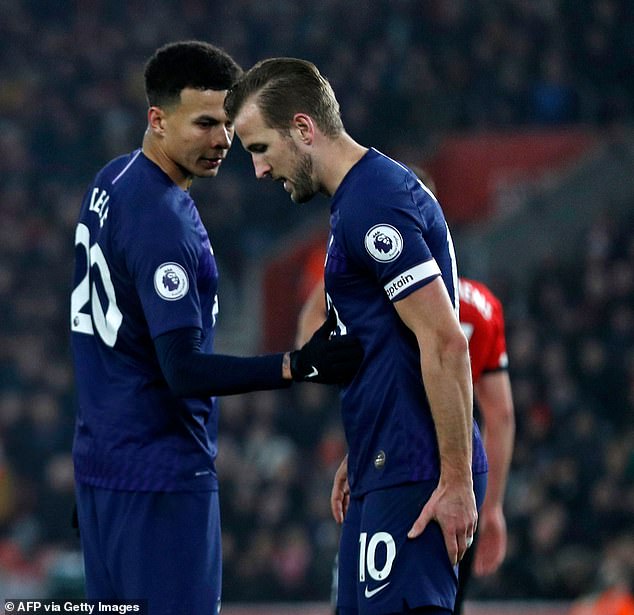 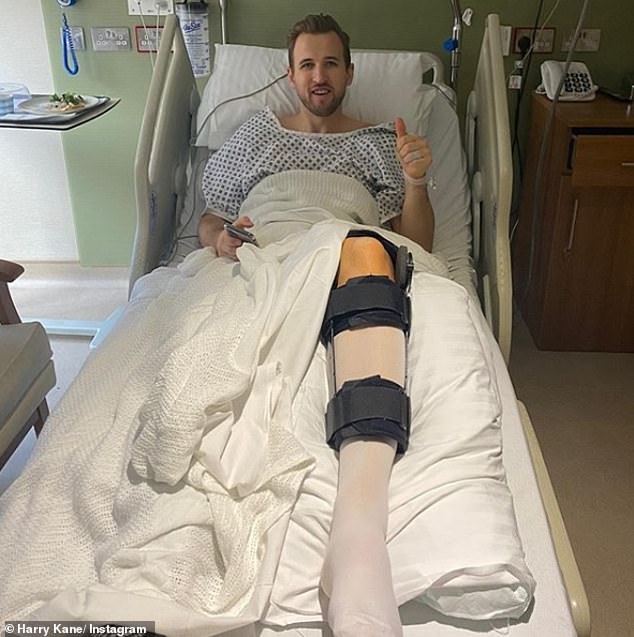 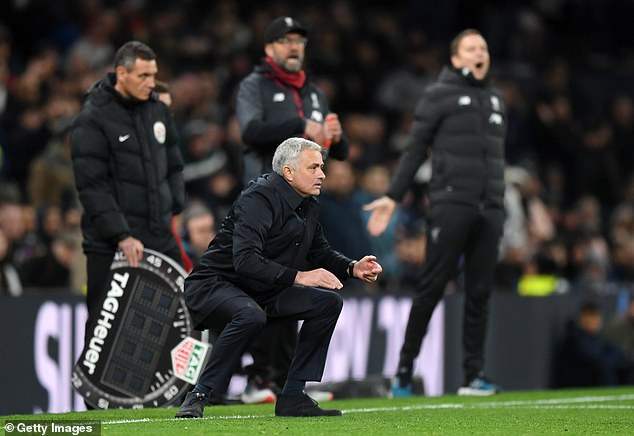 Jose Mourinho has raised the dreaded prospect of Harry Kane not playing again until next season.

Tottenham and England star Kane underwent surgery over the weekend after rupturing a tendon in his left hamstring against Southampton on New Year’s Day.

Spurs confirmed Kane is not expected to be fit again to return to training until April but when asked how he will cope without the England captain and for an update on the striker following his operation, Tottenham manager Mourinho said: ‘We try the best we can.

‘News on Harry we don’t have and if you ask me every time we come here the answer will be the same, we expect him to be out until mid-April, end of April, May, next season I don’t know.’

That would be a nightmare scenario not just for Spurs but England and their manager Gareth Southgate with the Euros coming this summer.

Kane, though, posted a message on social media not long after Spurs kicked off against Liverpool on Saturday: ‘Surgery went very well. First day of recovery starts now!’

Kane is a renowned quick healer and is hopeful of being fit enough to resume running again in March and recovering in time to prove his fitness well in advance of this summer’s Euros.

Brendan Rodgers urges Jamie Vardy to fire Leicester to Carabao Cup final while he has the chance: 'The older you get there may be...

Premier League clubs were warned that scheduling matches during the winter break could damage the MENTAL HEALTH of players… as Jurgen Klopp refuses to...

Blow for Chelsea as Edinson Cavani's agent 'lands in Madrid in bid to seal move to Atletico'… but PSG must reduce their £25m asking...

Revealed: Anti-virus company Avast has been selling data from its 435...

Coronavirus could ALREADY be in the UK, leading doctor warns as...