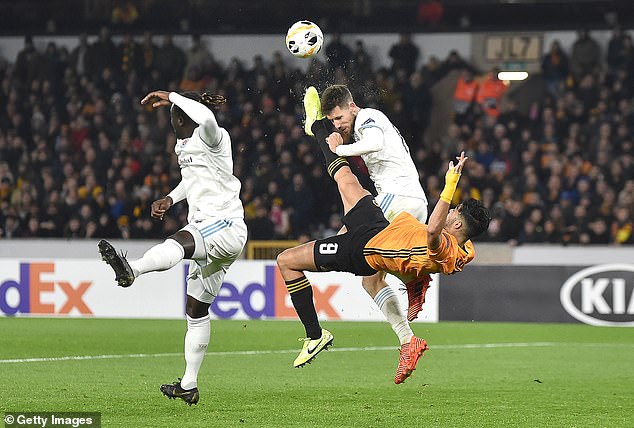 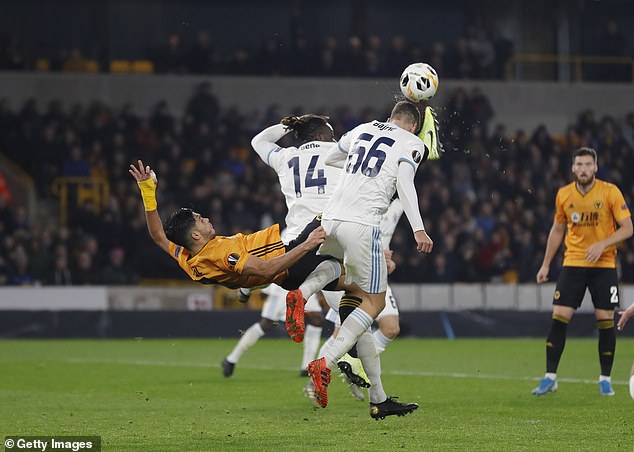 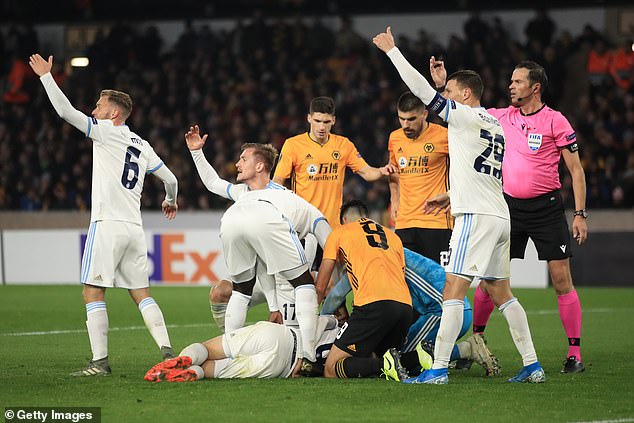 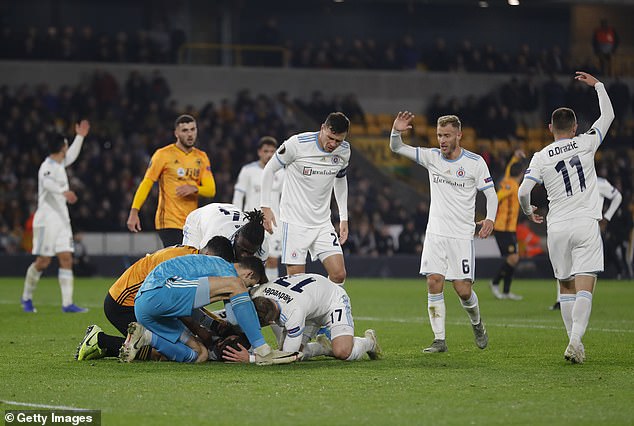 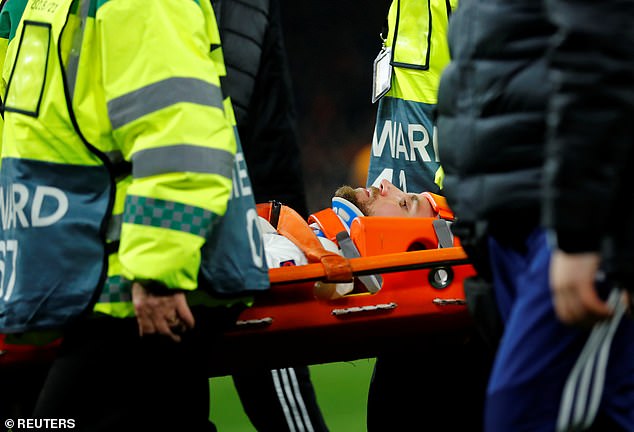 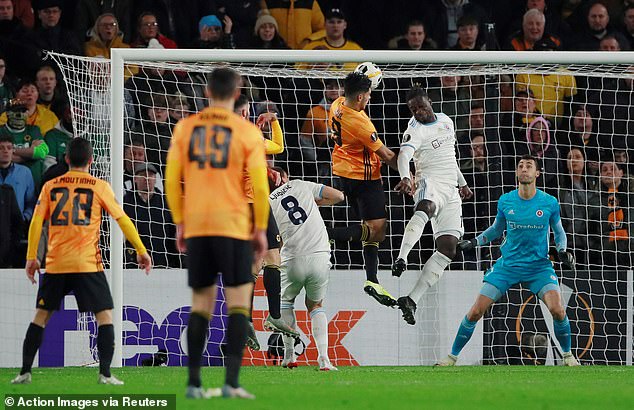 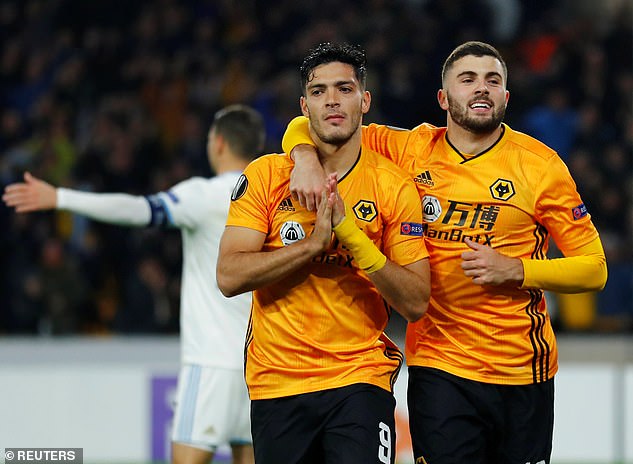 The Mexican striker attempted to acrobatically volley the ball towards goal but instead caught the Slovenian defender on the side of the head, leaving him knocked out on the turf.

Terrifying scenes followed as Jimenez helped a number of concerned Slovan Bratislava players put Bajric in the recovery position as medics raced onto the field.

He was eventually taken off the pitch at Molienux after 11 minutes of treatment on a stretcher and had been put into a neck brace.

Reports at full time suggested Bajric was awake and talking following the incident.

Jimenez would later go on to score a dramatic winner for the Premier League side before apologising for the incident in his celebration. The Mexican put his hands together in a prayer gesture.

It follows Son Heung-min apologising in Tottenham’s Champions League win over Red Star Belgrade on Wednesday night after he was involved in the tackle that left Everton midfielder Andre Gomes with a fractured dislocation of the right ankle.

Speaking after the game, Jimenez said: ‘Yes it’s good news (that Bajric was awake) for all my team-mates and his team-mates.

‘I’m very sorry for that. It was not my intention but I hope he recovers well. Seeing that he was not here (knocked out) was difficult for all of us.’

Wolves took a big step towards qualifying for the knockout stages by securing all three points.

It looked like Nuno Espirito Santo’s side would be frustrated by a superb goalkeeping display by Dominik Greif, who included a Ruben Neves penalty save at the start of the second half among his heroics.

However, his resistance was finally broken when Jimenez headed home Adama Traore’s cross to give Wolves a 1-0 victory.

It was the first time Wanderers had won three successive games in a major European competition since their 1971/72 UEFA Cup campaign – when they won six in a row en route to reaching the final.

The win kept Nuno’s team in second spot in Group K, a point behind Braga, who they travel to Portugal to play next, and extended their lead over third-placed Slovan to five points.

Snooker star Kurt Maflin is warned for giving the CUE BALL the middle finger after a wayward shot as he closed in on a...