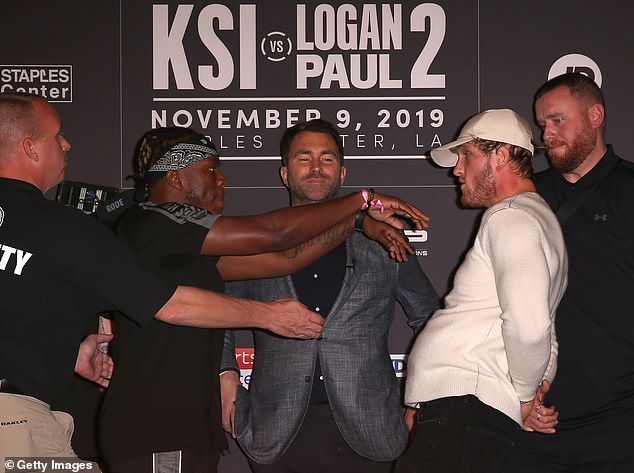 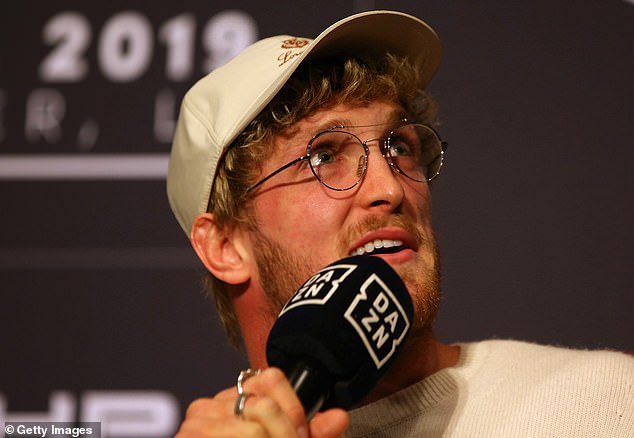 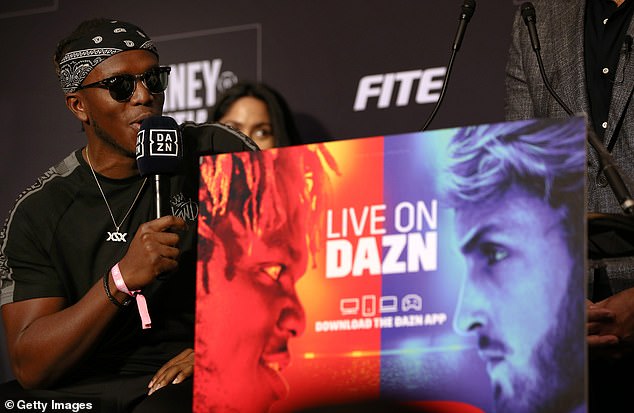 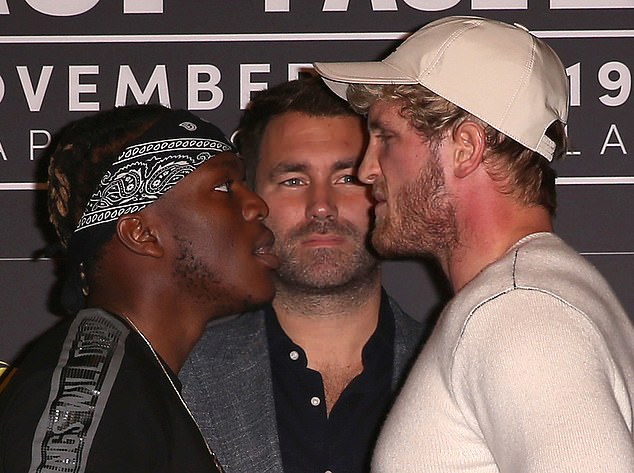 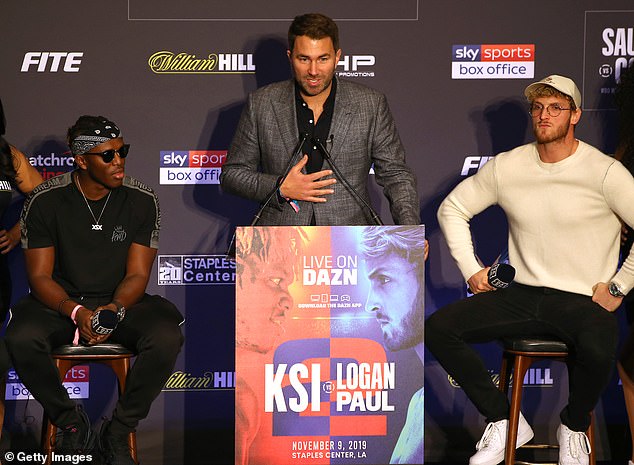 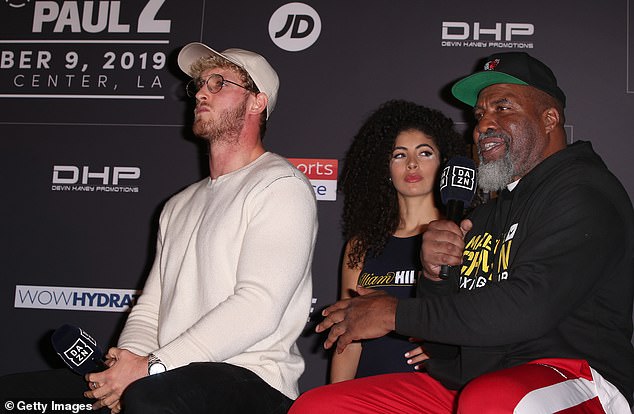 Things got physical at the final press conference of KSI and Logan Paul as the two YouTube stars clashed ahead of the highly-anticipated rematch in Los Angeles.

Both men continued their trash talk ahead of Saturday’s bout at the Staples Center with British-born KSI accusing American rival Paul of not being able to name three opponents of the legendary Muhammad Ali.

Paul insisted he ‘did not want to play your game’ and simply refused to answer the question which led KSI to accuse him of not ‘knowing anything when it comes to boxing’.

‘Let’;s see how much he knows about boxing. Real quick, Muhammad Ali is your guy right? Do you know who Ali fought?’

Paul was quick to retort that he ‘wasn’t going to play this game’ as KSI admitted ‘right, that is all I needed to know.’

But while promoter Eddie Hearn, who has got involved after seeing the incredible success of the pair’s first fight, smirked away at the back-and-forth jibes, the hot-headed duo continued to trade insults as Paul questioned KSI’s mathematical capabilities.

‘You don’t know anything when it comes to anything!’ Paul said. ‘You strike me as a DUMB person. Do you know what decapitate means? Decapitate, four syllables, define it. OK, do simple arithmetic for me. What is seven times eight?’

After the satirical back-and-forth the online personalities, who boast 20 million YouTube subscribers each, went face-to-face for the cameras.

There was a sense of inevitability to what came next as security had to step in to separate them after a shoving match ensued following some tense words.

Expectation has heightened for this fight as this time they will not be wearing head-guards, as they did for their first fight in 2018 at Manchester Arena, which ended in a majority draw.

As well as the fighters showing off a genuine distaste for the other, both camps are also ramping up the animosity between each other.

Logan Paul has two-time former world heavyweight champion Shannon Briggs in his corner and he engaged in a feisty exchange with KSI’s trainer Viddal Riley.

Speaking to KSI directly, Briggs said: ‘This was YouTube to you before but now we are in the pro ranks and you ain’t ready for this champ.

‘You have brought a butter knife as a trainer! He got three pro fights, if that, I don’t even know? What is he going to teach you? He is your age!

‘What is he going to teach you? You and your friends been playing around in the gym but what did (Logan) do? He brought in the general. Somebody who is a savage. This is war and we gonna hurt you.’

That strong case from Briggs, who admits that he sees Paul leaving KSI in a hospital after the fight, was then followed up by a stinging retort from a wound-up Riley.

‘There is a lot of bantz oing on between me and Shannon,’ he began. ‘Shannon, once this has all finished you can go back to taking your drugs and having no contests.’

That comment did not sit kindly with Briggs who immediately snapped back.

‘Disrespectful,’ he said. ‘You ain’t ready for this because if I break your f**king jaw right now you can’t do nothing. Remember that.

‘If I break your jaw you can’t do nothing about it, remember that. You’re a little boy to me. You’ll be lucky if you go to England without your jaw being broke.’