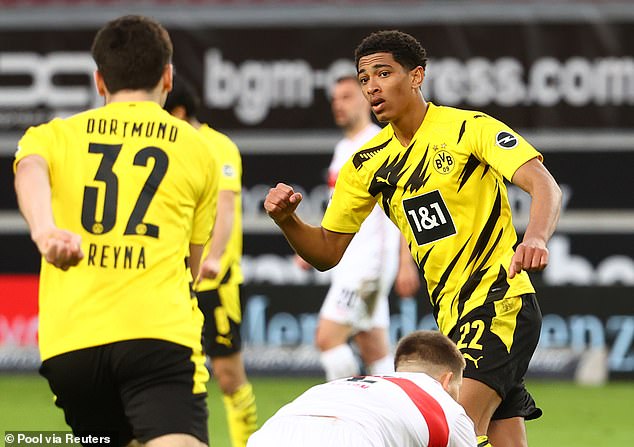 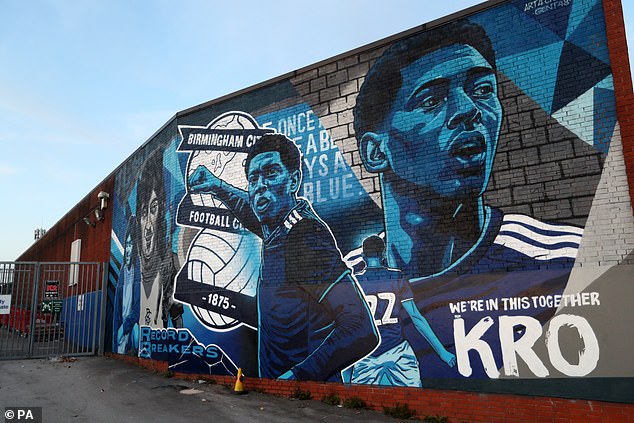 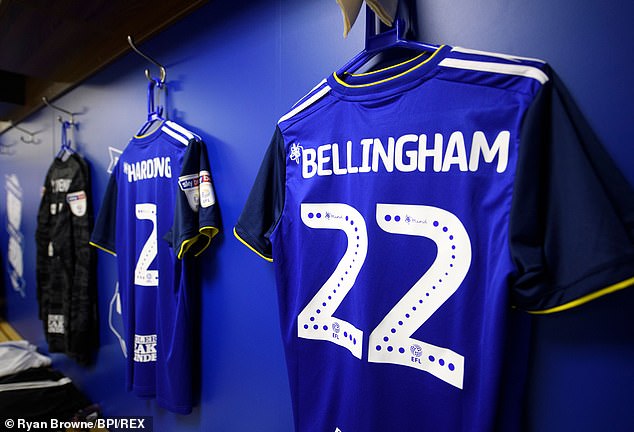 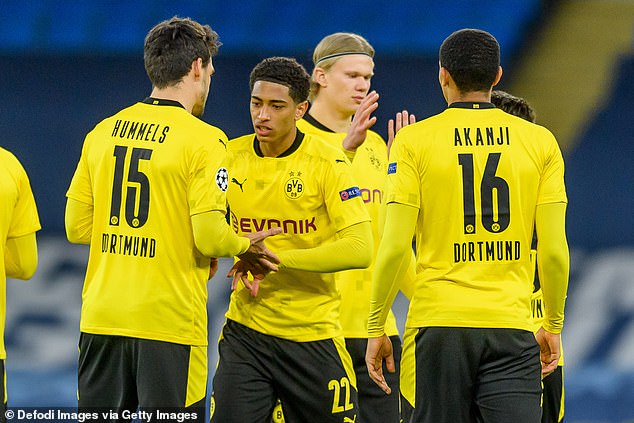 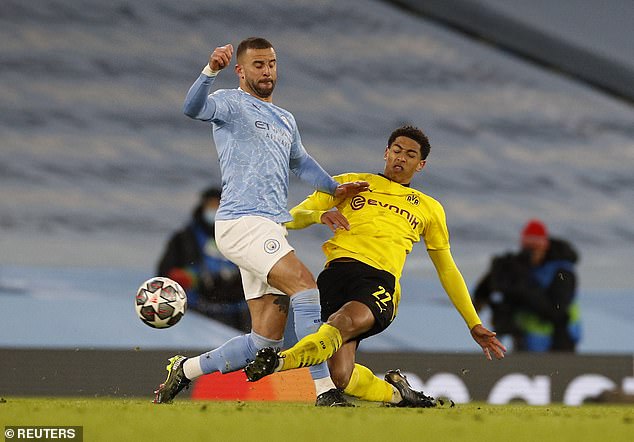 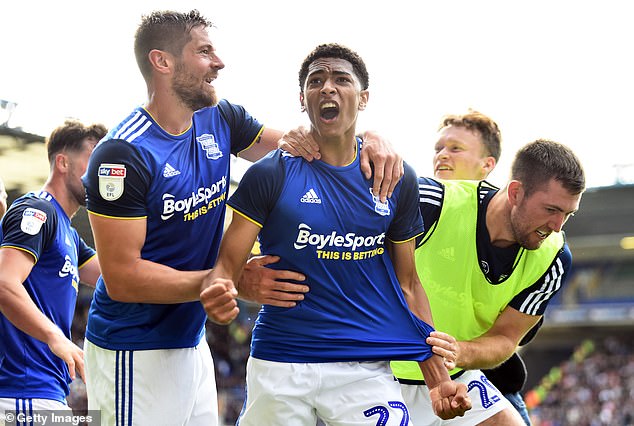 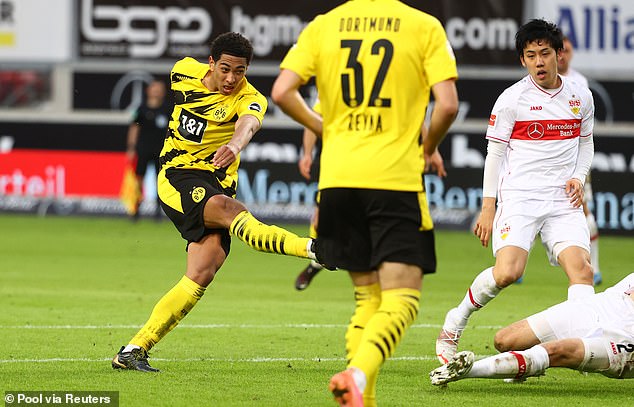 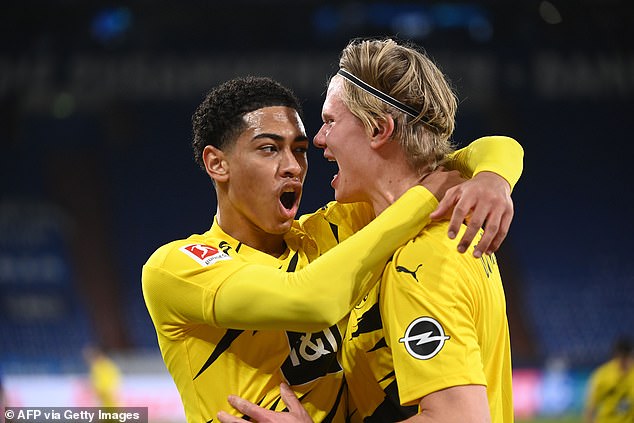 A mural on Cattell Road, a stone’s throw from St Andrew’s, pays tribute to two players whose names will be forever prominent in Birmingham City’s history.

Alongside Trevor Francis, the first £1million player in the history of British football is the face of Jude Bellingham, now setting the Champions League alight in the colours of Borussia Dortmund.

Bellingham is the youngest player ever to represent Blues, making his debut in August 2019 aged 16 years and 38 days.

Birmingham were ridiculed when, after Bellingham left for Germany in a £30m deal last summer, they decided to retire the No 22 shirt, which Bellingham had worn in his only full season in the first team. How could any player deserve that after only 44 appearances?

The gesture does not look so overblown now. Bellingham does not turn 18 until June 29 but at the Etihad Stadium last Tuesday, he shone against Manchester City’s stellar midfield as Dortmund lost 2-1 in the first leg of their Champions League quarter-final.

Dortmund’s star was not Erling Haaland, coveted by every major club across Europe, but a 17-year-old kid from Stourbridge with his eyes on the top prizes for club and country.  Across the city, Manchester United were wondering what could have been after Bellingham chose Dortmund ahead of them when he departed his home-town club.

As Bellingham has never played in the Premier League, his display may have surprised some fans of English football – but not those who played with him last season.

‘Last year in training he was the best player every day and he was 16, so that shows you the ability and the mindset he’s got,’ recalls Blues captain Harlee Dean.

‘I’ve never seen anyone like Jude. He was a cut above.

‘You get young players who come to train with the first team and you think “Oh, he’s good”, but then they lack a certain something – but Jude had it all. That’s what a top player is.

‘I’ve not played with too many and I’ve not seen many that young, but he’s a one off.

‘You need a certain arrogance to prove you’re good enough at that age but Jude is still very humble and down to earth. He cares about the club and he has kept his ties with the club and the area.

‘At that age you will always have people questioning your lack of experience but Jude was the best player. He deserves everything he gets. I hope he has a really good career.’

Bellingham’s approach to his transfer off the field has given him the best chance of succeeding on it.

When he made the move last summer, his mother, Denise, moved with him. Bellingham was stationed in an apartment a short distance from Dortmund’s Hohenbuschei training ground in the upmarket Brackel district to the east of the city.

Bellingham was keen to learn German immediately and during pre-season was having lessons three times a week.

Though those are now less frequent due to the intensity of Dortmund’s schedule, Bellingham can understand most of what he is told in training and matches and his conversational German is also improving.

Unsurprisingly, his closest friends in the squad are English speakers: international team-mate Jadon Sancho, American forward Gio Reyna and Haaland, who is Norwegian but has a near-perfect command of English.

He has adapted well to German life and has developed a taste for Schnitzel, a thin slice of meat fried in fat which is a national delicacy.

The display against City was one of Bellingham’s best of what has been a tricky campaign for the club. Dortmund are accustomed to being the closest challengers to Bayern Munich but have been off the pace this season, which led to the sacking of Lucien Favre in December.

Under interim boss Edin Terzic, they are fifth in the Bundesliga, 19 points adrift of leaders Bayern and seven off a Champions League spot.

Bellingham scored his first goal in the league last weekend and has been in the starting XI in 15 of his 24 games, as he establishes himself as Dortmund’s most impressive midfielder.

If he can perform like this in his first season in a foreign league – and only his second full campaign in senior football – then all the signs point to a bright future.

‘I remember seeing him in the younger teams at Birmingham and straightaway I thought he could train with the first team,’ says former Blues boss Pep Clotet – now in charge of Italian Serie B side Brescia – who gave Bellingham his senior debut. ‘As soon as I got the job, I brought him over.

‘At the time I said he was one of the most complete footballers I had ever seen. When I said it, I wondered if I had gone too far. Now, I think maybe I didn’t go far enough!

‘I still keep in touch with him and we were in contact after the Manchester City game. It is not my job to pick the England team but I would love to see him play in the Euros. He will definitely play in the Premier League one day. He is exactly the type of player who is in demand in England.’

Life has changed so quickly for Bellingham, who earned about £145 a week as a schoolboy at Birmingham, where he combined training with his studies at Priory School in the Edgbaston area of the city. Now, his weekly wage is about £50,000.

Father Mark, who manages his son’s career, scored more than 700 goals for various non-league sides while working as a police officer and the family are Birmingham supporters. Younger brother Jobe, an attacking midfielder, is on Blues’ books and has represented England Under 15s.

There are naturally still hurdles to overcome. How will he handle a growing profile and level of expectation? When – as is anticipated – Haaland leaves Dortmund, Bellingham may find himself as the main man next season. That, too, will bring a new level of pressure.

For now, though, his rise appears unstoppable – and in years to come, his image will surely appear on the walls of some of the world’s grandest stadiums.