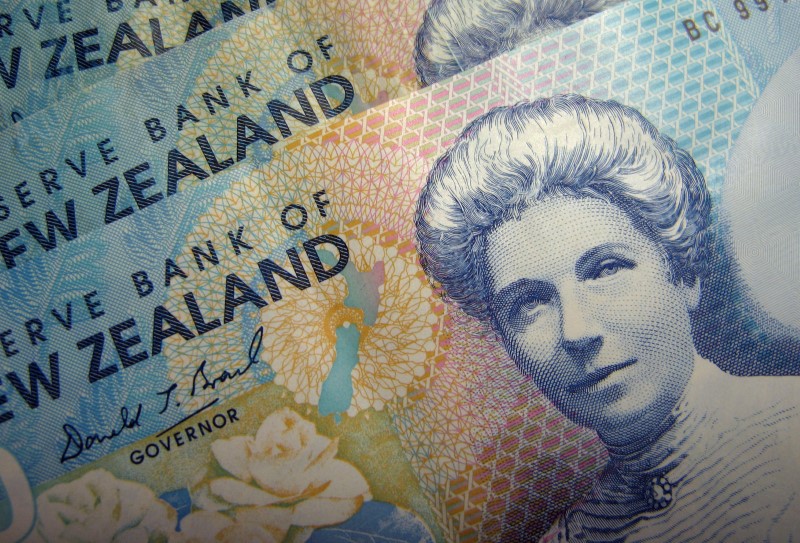 Investing.com – The New Zealand dollar dropped to near four-year lows against its U.S. counterpart after data showed the ANZ Business Confidence indicator slumped to -52.3 in August.

In an interview with Bloomberg, U.S. Treasury Secretary Steven Mnuchin said the U.S. does not intend to intervene in currency markets for now.

“Situations could change in the future but right now we are not contemplating an intervention,” he told Bloomberg.

Mnuchin added that he thinks Chinese negotiators will visit Washington for trade talks, but he declined to confirm whether a previously planned meeting in September would still take place.

“We continue to have conversations. We’re planning for them to come,” Mnuchin said Wednesday, adding that he has been in contact with Yi Gang, the governor of the People’s Bank of China, over what the U.S. has deemed manipulation of the yuan.

An escalation in the trade tensions between the world’s two largest economies has roiled financial markets in recent days after both sides threatened to slap tariffs on each other’s goods worth billions of dollars.

Separately, U.S. President Donald Trump continued to criticize the Federal Reserve for not being able to “keep up with the competition,” as he reiterated his stance that the central bank should lower rates.

The safe-haven yen rose today as stock markets traded mostly in the red. The USD/JPY pair was down 0.2% to 105.91.