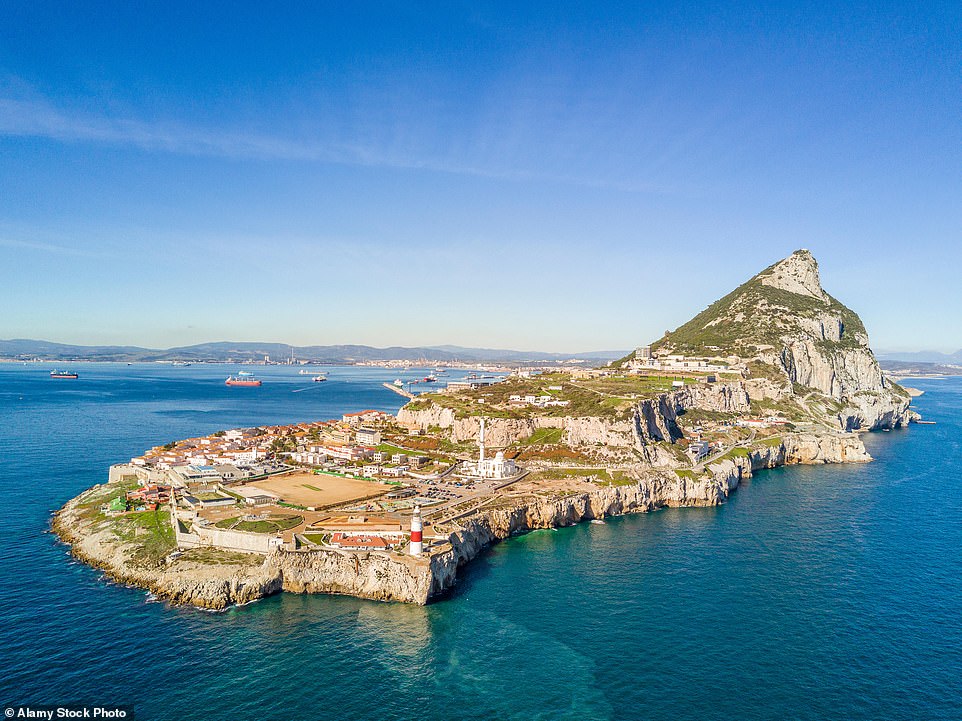 Paradise: Gibraltar, pictured, offers both a taste of the Mediterranean and home comforts 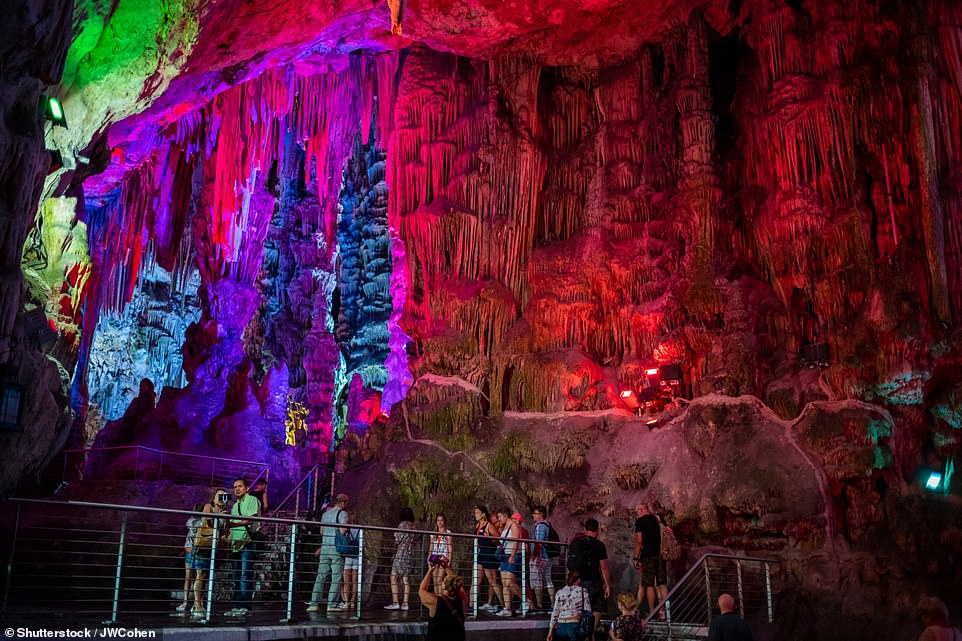 St Michael’s Cave in Gibraltar, pictured, is a key attraction and is known for its stalagmites and stalactites 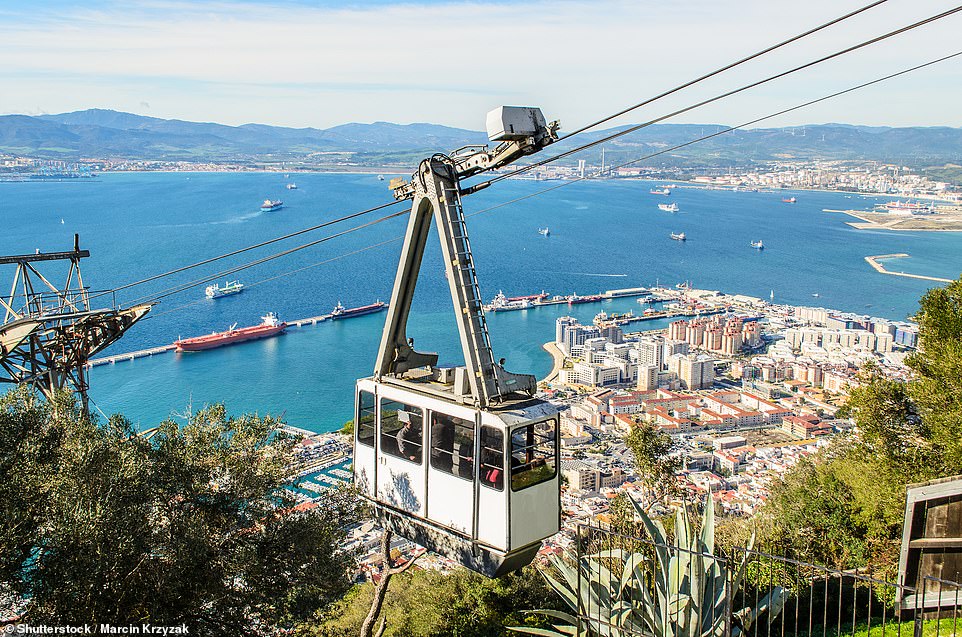 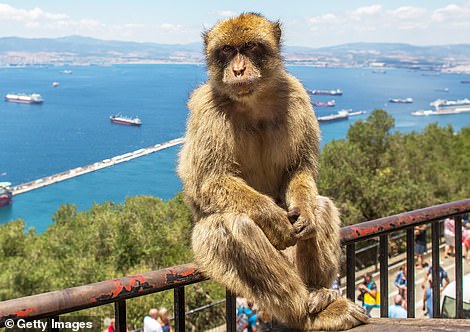 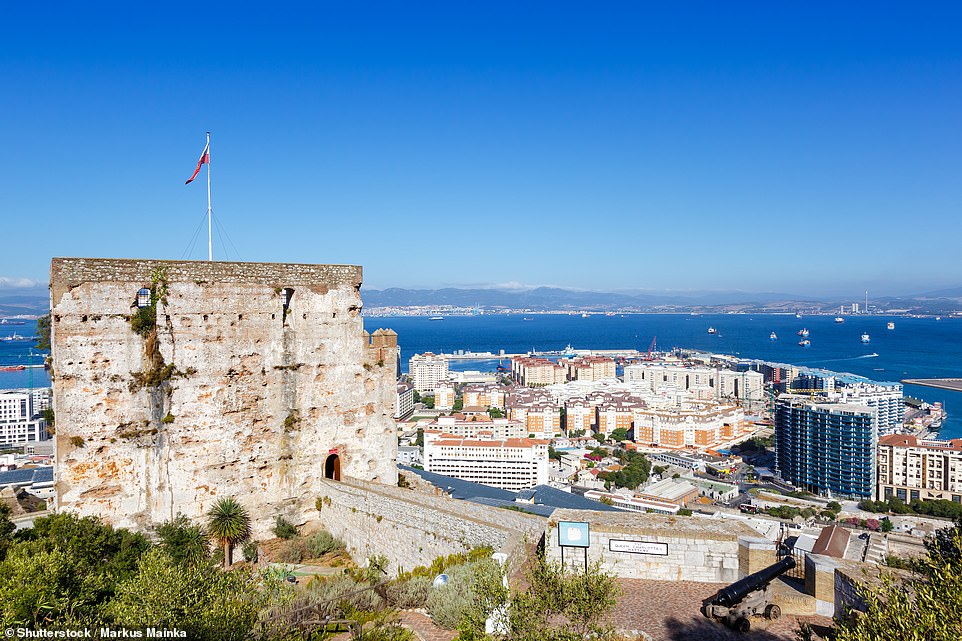 Gibraltar’s Moorish Castle, which was first built in 1160. It is one of the major tourist attractions in the British Overseas Territory 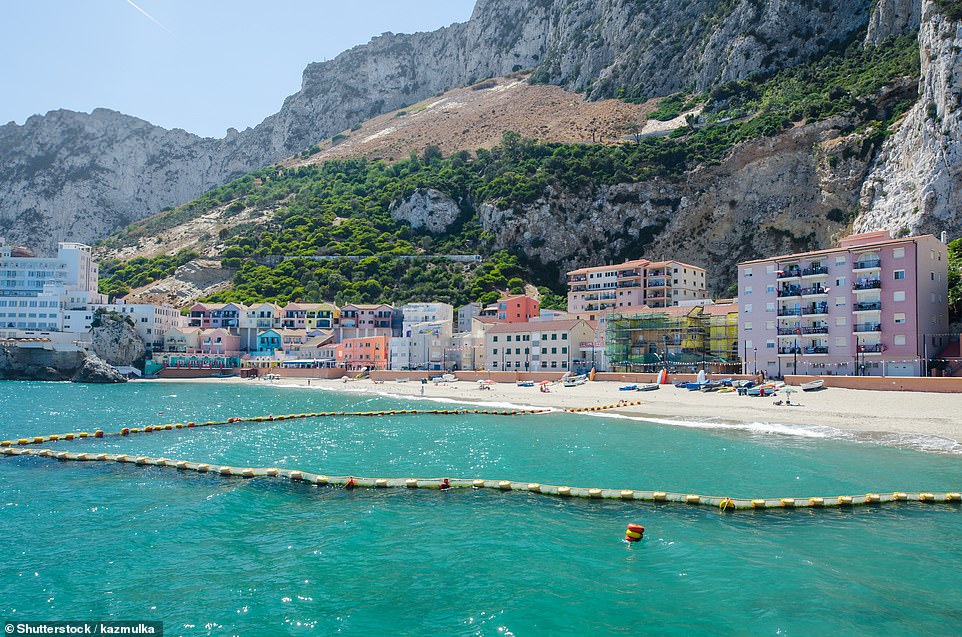 The sandy beach at Catalan Bay, which also has rockpools and restaurants 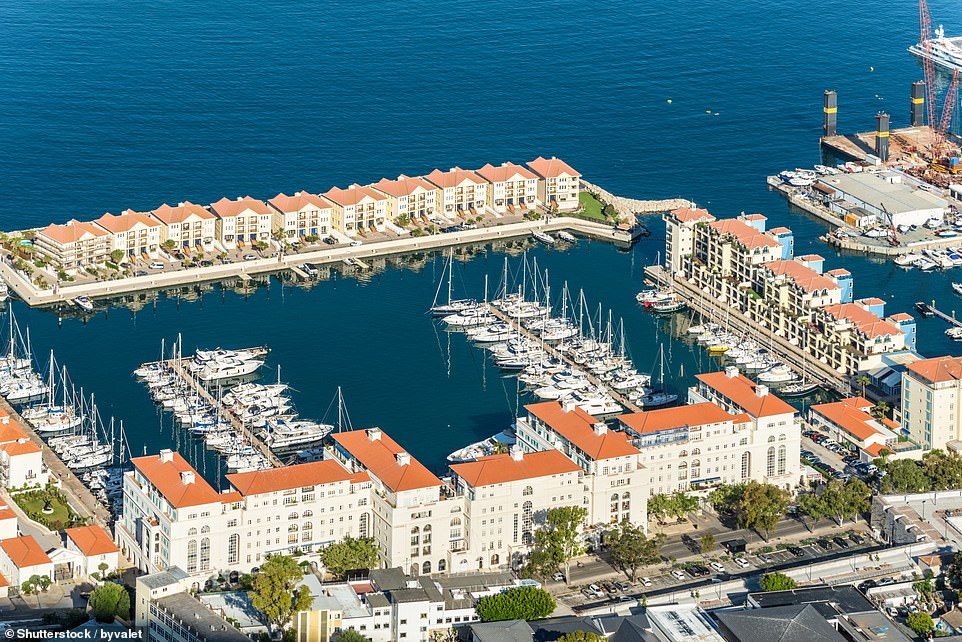 The Queensway Quay waterside development, which brings a touch of Marbella to Gibraltar

We await with bated breath the Government’s ‘green list’ of countries to visit this summer — and Gibraltar looks like a prime candidate, with few current coronavirus cases and all adults vaccinated.

Restaurants (indoors and out), bars and attractions are all open — although masks are required in enclosed spaces and social distancing is still in place.

With bikini temperatures into October and a less than three-hour flight, the tiny British Overseas Territory (2.5 square miles) is a good bet for a sunny getaway.

New airline routes this year include Wizz Air from Luton, Eastern Airways from Birmingham and Southampton and BA from London City.

These join existing routes with BA from Heathrow and easyJet from Gatwick and Manchester.

Here are our tips when you get there…

The limestone mass of the Rock of Gibraltar rises to 1,400 ft. St Michael’s Cave is a key attraction with its stalagmites and stalactites.

A new sound and light experience launches in June, taking visitors on a journey through the area’s geological history.

You’ll need to buy a ticket to the nature reserve for access (£13, visitgibraltar.gi).

Take the cable car or a taxi to the peak and drink in the impressive views across Spain, the Mediterranean and Morocco (nature reserve ticket also required).

The Barbary macaque monkeys run semi-wild; they’re cheeky and will grab snacks if they can.

More watery fun is on offer with sunrise and sunset paddle boarding (in2adventures.com). You can even snorkel over the reef.

There are some great walking trails, especially the Mediterranean Steps, an hour-and-a-half hike around the nature reserve.

If this is too daunting, hire an electric bike (ebike-gibraltar.com).

Dive into the Great Siege tunnels, dug by the British in the late 18th century. These helped fend off attack by the French and Spanish and were expanded during World War II. Then explore the Moorish Castle, first built in 1160.

Relax in the Alameda, a small but succulent 15 acres of botanic garden, with plants from around the globe (gibraltargardens.gi).

There can be few things more tempting on a balmy evening than a Gin On The Rock cocktail on the Wisteria Terrace at The Rock Hotel (rockhotelgibraltar.com).

Meanwhile, it’s always ‘wine o’clock’ at Vinopolis Gastrobar, where you can sample tasty bites alongside a huge choice of wines available by the glass (vinopolis.gi). If you’re missing Blighty, have a pint at the Lord Nelson pub in Casemates Square, with an interior inspired by HMS Victory (lordnelson.gi).

The best beach is Catalan Bay, with its rockpools and restaurants, and at neighbouring Sandy Bay, where the sand has been (remarkably) transplanted from the Western Sahara.

Camp Bay is small and pebbly but has a swimming lido and an offshore artificial reef for snorkelling.

The Ocean Village and Queensway Quay waterside developments bring a touch of Marbella to Gibraltar with slinky bars, posh food and expensive boats.

Jumper’s Wheel is the place to go for fresh seafood.

Politicians, celebrities and musicians are among former guests at the Rock Hotel; John Lennon and Yoko Ono even got married here. Three nights with Thomas Cook (thomascook.com) from £280 pp including flights.

Find deals by booking accommodation and flights separately. Four nights at the Gardener’s Road Studio with Airbnb (airbnb.co.uk/rooms/3441359) along with Wizz Air (wizzair.com) flights from Luton comes in at under £170 for four nights from May 17.

The contemporary O’Callaghan Eliott hotel is in the heart of the Old Town, with a rooftop pool and restaurant. Three-night breaks from £264 pp B&B including flights (mygibraltar.co.uk).

Centrally located, the Engineer Guest House has rooms with kitchenettes. Three nights from £202, including flights (lastminute.com).

Caleta Hotel’s apartments overlook Catalan Bay. Guests can cook in and have use of the hotel pool. Three nights in a one-bedroom apartment sleeping two from £495 (booking.com).

World tour of food you do in your own kitchen: Alexandra Shulman discovers how everyone can be global chefs thanks to ingenious video cook-alongs

Operation freedom: How the Greeks have launched an extraordinary mission to jab EVERY adult on 60 islands – so they can welcome Britons from...