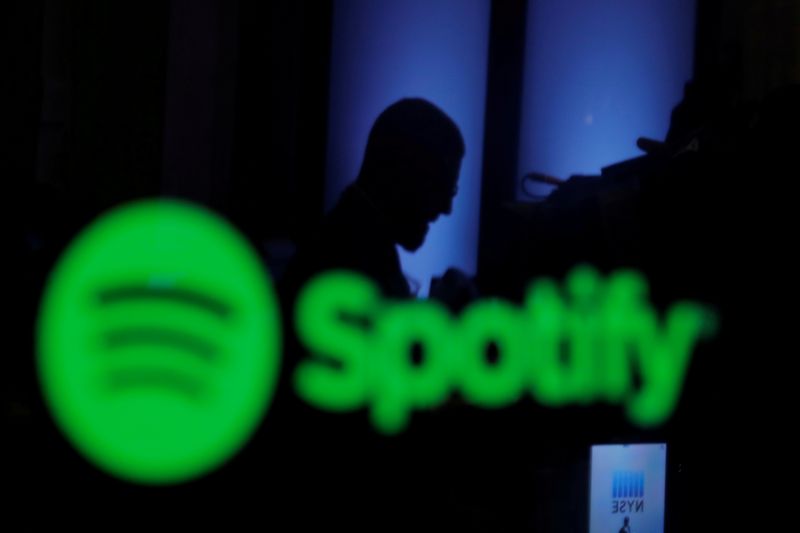 © Reuters. FILE PHOTO: A trader is reflected in a computer screen displaying the Spotify brand before the company begins selling as a direct listing on the floor of the New York Stock Exchange in New York

Rogan’s podcast, “The Joe Rogan Experience,” is downloaded millions of times each month and is routinely featured among top podcasts on Apple (NASDAQ:AAPL)’s charts.

The company did not disclose financial details of the multi-year agreement. The podcast will be free for all of the platform’s users.

“We will still have clips up on YouTube but full versions of the show will only be on Spotify,” Rogan said in an Instagram post https://www.instagram.com/p/CAYSqQLFP_l/?igshid=145vpohh7ddan.

Spotify, which has more than 700,000 podcasts on its platform and reaches nearly 300 million monthly users, has been investing heavily in the format, aiming to transform itself into the Netflix (NASDAQ:NFLX) of audio.