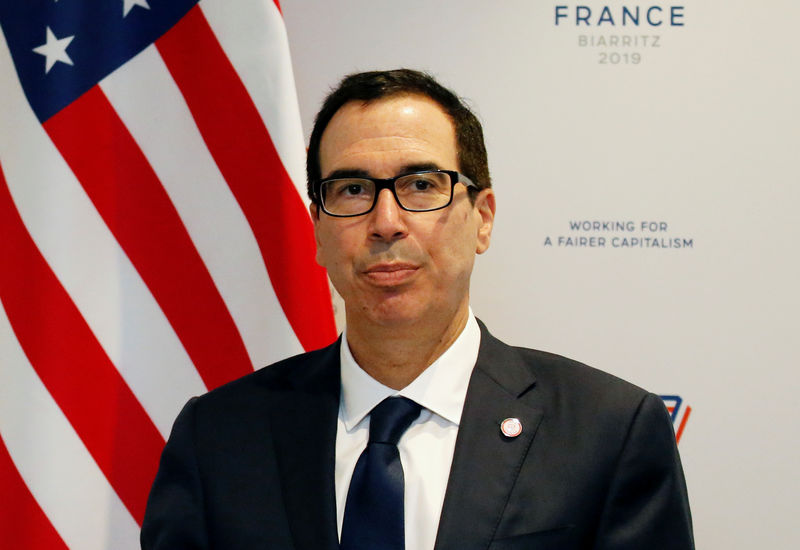 Mnuchin told Bloomberg in an interview that the situation could change in the future but that he believes such actions would be more effective if the U.S. Treasury intervened in conjunction with both the Federal Reserve and U.S. allies.

The Treasury Department has “no intention of intervention at this time,” Bloomberg quoted Mnuchin as saying. “Situations could change in the future but right now we are not contemplating an intervention.”

U.S. President Donald Trump has frequently complained that the dollar is too strong against the currencies of major trading partners, including Europe and China, putting U.S. exports at a disadvantage. He has called on the Federal Reserve to cut interests rates, in part to stem the dollar’s recent rise to multi-year highs.

Mnuchin labeled China a currency manipulator earlier this month after the People’s Bank of China allowed the yuan to briefly slip below 7 to the dollar.

In July, Mnuchin told Reuters that the Treasury had not made any changes to its policies regarding uses for its $93.8 billion Exchange Stabilization Fund, which has been used in past coordinated market interventions to stabilize specific currencies in times of financial crises.