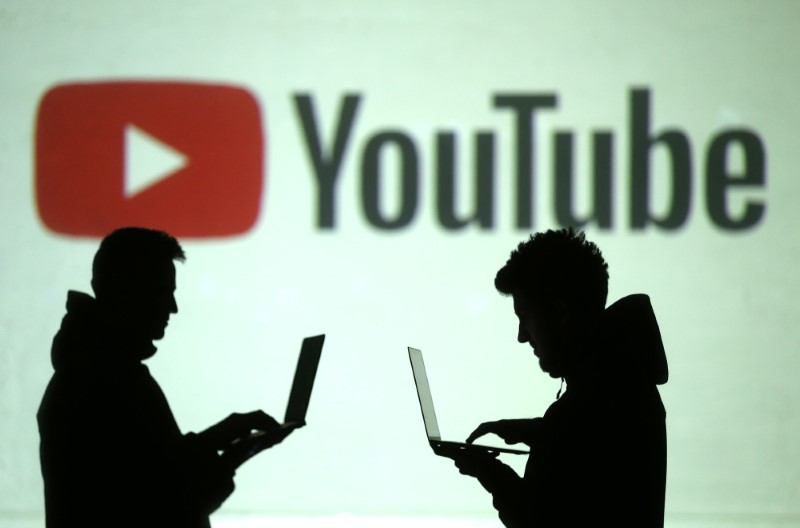 © Reuters. Silhouettes of mobile device users are seen next to a screen projection of Youtube logo in this picture illustration

(Reuters) – Alphabet (NASDAQ:GOOGL)’s Inc YouTube on Tuesday launched a new program to help advertisers reach more valuable viewers who watch content on their TV screens, in an effort to retain advertising revenue at a time when brands are slashing budgets due to the coronavirus pandemic.

The program called YouTube Select will let brands buy ads that will reach people watching on their TV, whether they are streaming individual YouTube videos or watching YouTube TV, the company’s live TV service. Since viewers are likely to watch more content while sitting on the couch in front of the TV rather than on their smartphones or laptops, TV viewers are generally considered more lucrative in the ad industry.

Viewers are turning even more to YouTube as they stay home during the pandemic, and over 100 million people watched YouTube on their TV screens in March, said Tara Walpert Levy, vice president of agency and brand solutions for Google.

“If you’re a big brand that’s dependant on reaching many people with your message, the ability to access that audience is key,” she said in an interview.

Traditional TV networks in the United States could lose up to $12 billion in ad revenue in the first half of this year, according to research firm eMarketer, as brands cut their spending and live sports, which typically draw big ad dollars, are put on hold.

YouTube is hoping to appeal to all advertisers, whether they want to reach TV audiences or want the flexibility to quickly end their ad campaigns, which is more easily done on digital and streaming services, Levy said.

Through YouTube Select, advertisers can also buy ads to appear on top YouTube channels in certain categories such as entertainment, sports or beauty and fashion.

YouTube Select will replace a program called Google Preferred, which sold ads on the top 5% of YouTube channels based on popularity and engagement.